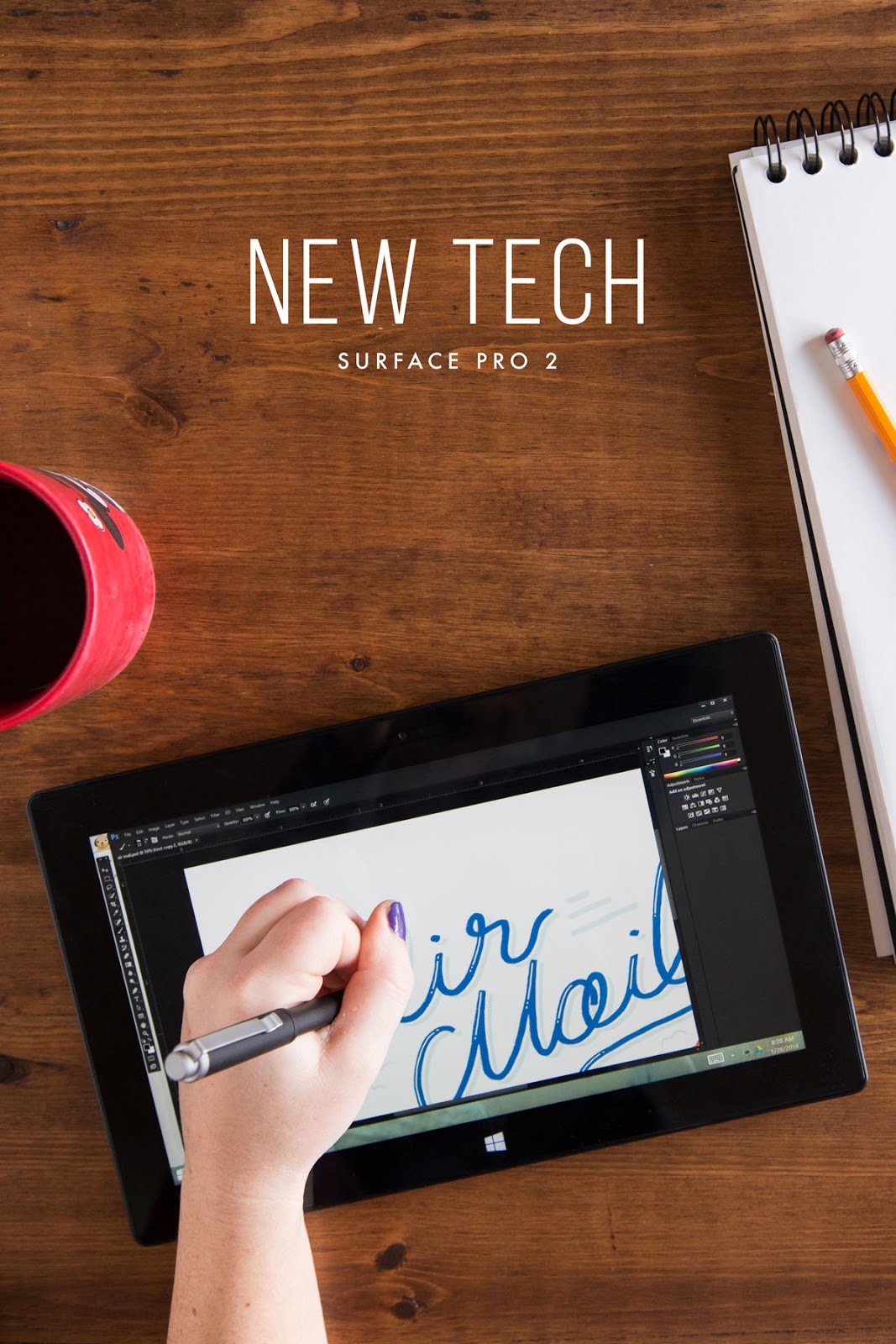 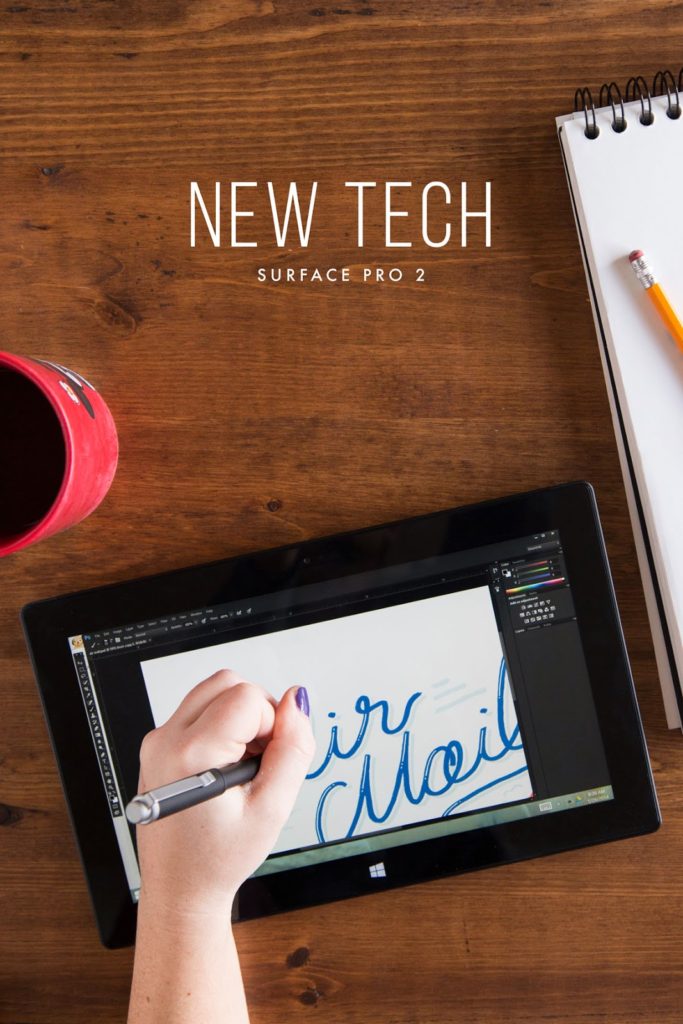 I love Jake. He really is the best husband I could ever ask for. Besides just being so stinkin’ cute, he is the most loving selfless person and he always wants to make my life easier.

Wacom has had their Cintiq tablets that let you draw right on the screen for a while now. I was never really able to get used to their other non-display tablets; it was just way too unnatural for me. So Jake bought the Cintiq for me over a year ago and I loved it and couldn’t be more thankful for it. There were a few down sides to it that annoyed me, but really was no getting around them at the time. Well, Jake being Jake always tries to make my life a little easier. So about a month ago he started looking into a better option for a graphics tablet. That’s when he found the Microsoft Surface Pro 2. When he first mentioned the word Microsoft I’ll be honest, I pretty much stopped listening. I haven’t used a non-Apple computer in YEARS! Plus I was a little hesitant to leave behind Wacom which is the standard for graphics tablets. But Jake kept pushing the idea and reading all these reviews to me. So I tried instead to look at the product for what it was and not who made it. Jake talked me into at least going to the store and playing around with it to see how it worked. The whole time I was there I felt like I was cheating on Apple. But then again Apple didn’t even make the kind of product we were looking for.

So there we were playing on the Surface Pro 2 — and I actually liked it. I’m not the person who likes to spend money, especially on big purchases like a computer, so It took a little more convincing for me. We decided that we would sell our Cintiq and Bamboo Wacom tablets and use that money for the Surface. That made me feel a little better so I finally agreed. Jake found a good deal for one on eBay and we bought it. 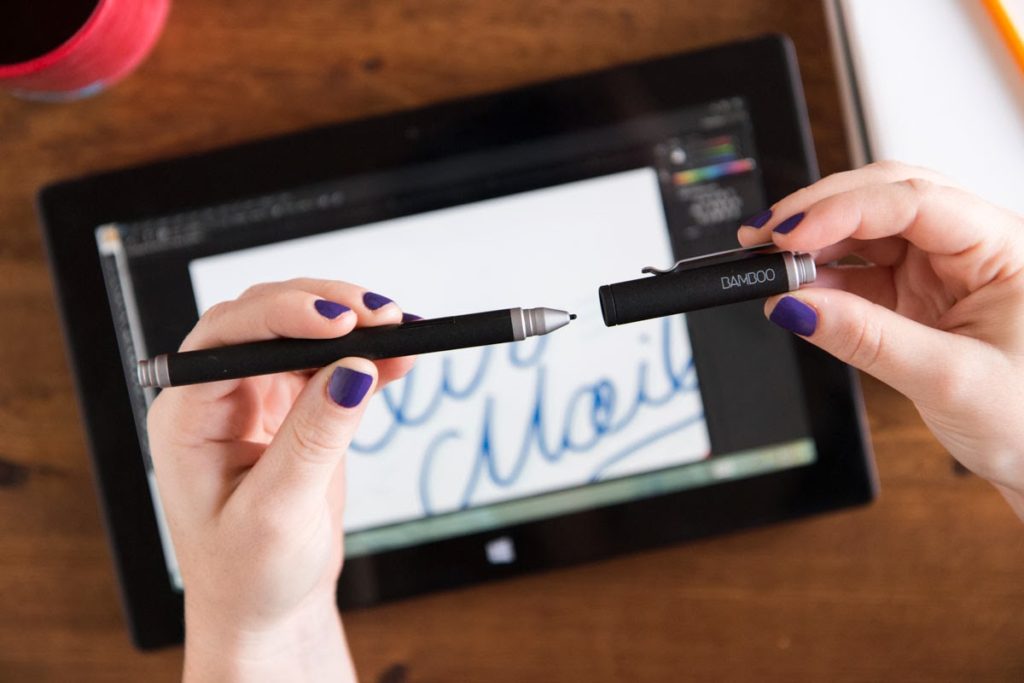 I’ve had a few weeks of play/work time on it and I LOVE it. It took me a little while to get used to the feel of it, but that’s how it is with any new technology. We ended up buying the Wacom Bamboo Stylus Feel to replace the stylus that came with the Surface. It’s a little more hefty and has a textured tip that makes drawing easier and feel more natural. I still sketch out most of my work on paper with a #2 pencil first and then take it to the Surface. Unlike the Cintiq, the surface is it’s own stand-alone computer so it doesn’t have tons of cords to plug in that hold you down to whatever computer you are plugged in to. That also means I can take it anywhere I want; the couch, coffee shops, on trips, anywhere! Pix especially loves that I can work from the couch more. For close to the same price as a Cintiq, the Surface Pro 2 is not just a drawing tablet, but an entire computer running Windows, in the form of a touch screen tablet. You can use it like a laptop too with the detachable keyboard. The screen is brighter and the colors display perfectly (unlike my Cintiq). Jake loves it because now he can play some of his PC games that he hasn’t been able to in years. Plus he really digs the FL studio groove app for making music for projects. The Surface definitely won’t replace our iMac, which I do all other aspects of design on, but it’s great for when I need to do hand lettering and illustrations. 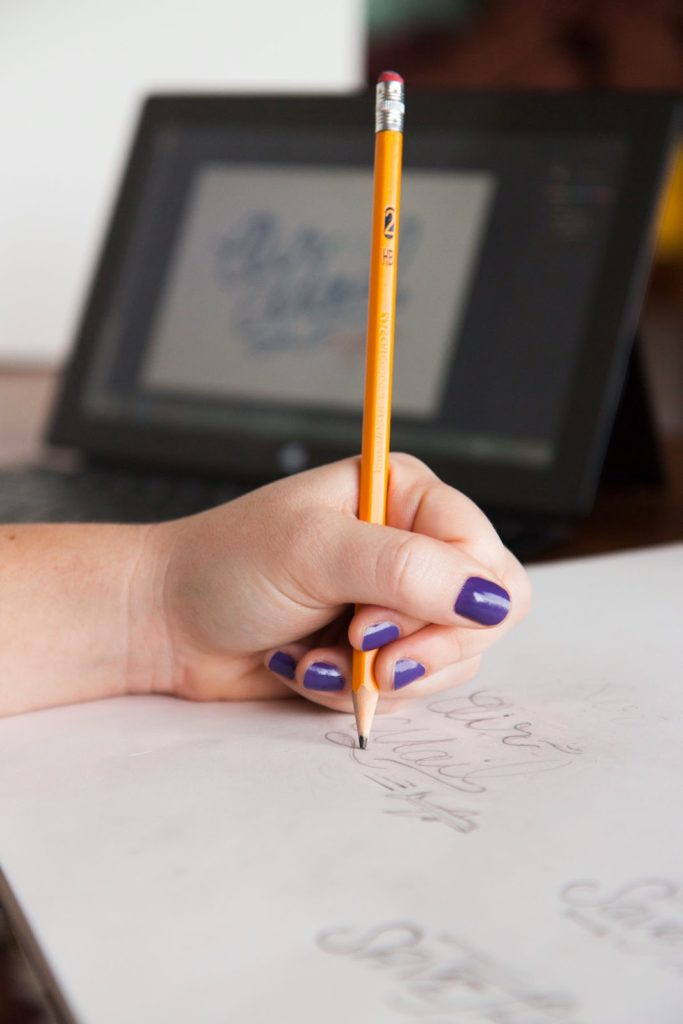 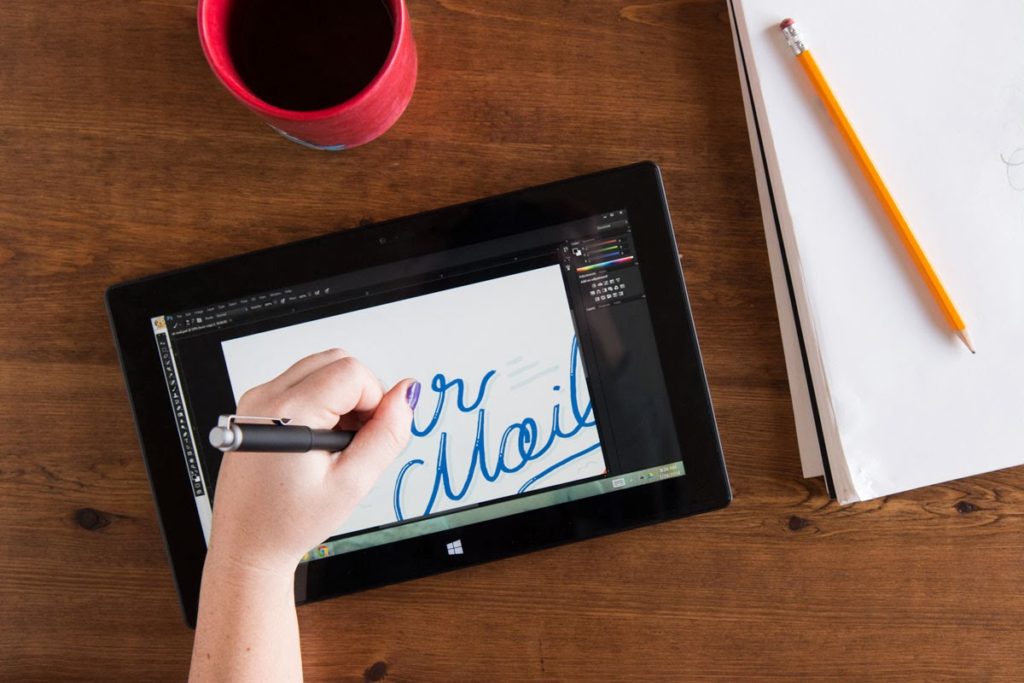 Overall I’m pretty thrilled with our purchase and it made me realize I should probably think a little more about what I buy rather than just writing stuff off because they aren’t a brand I’m familiar with. So if you like to do a lot of hand-done design you should check out the Surface Pro 2. I think you would like it.
If you’re interested, here are a few of the reviews we found helpful.
Review of Cintiq Companion vs. Surface Pro for Artists
Penny Arcade Surface Pro Review
Penny Arcade Surface Pro 2 Review
I’ve already taken full advantage of our new tool with all the recent projects I’ve been working on. And be on the lookout for a few more products I’ve been designing for our shop that I’m particularly excited about. I can’t wait to show you soon!
Jamie BartlettNew Tech: Surface Pro 201.28.2014

In the Mood(board) for Summer